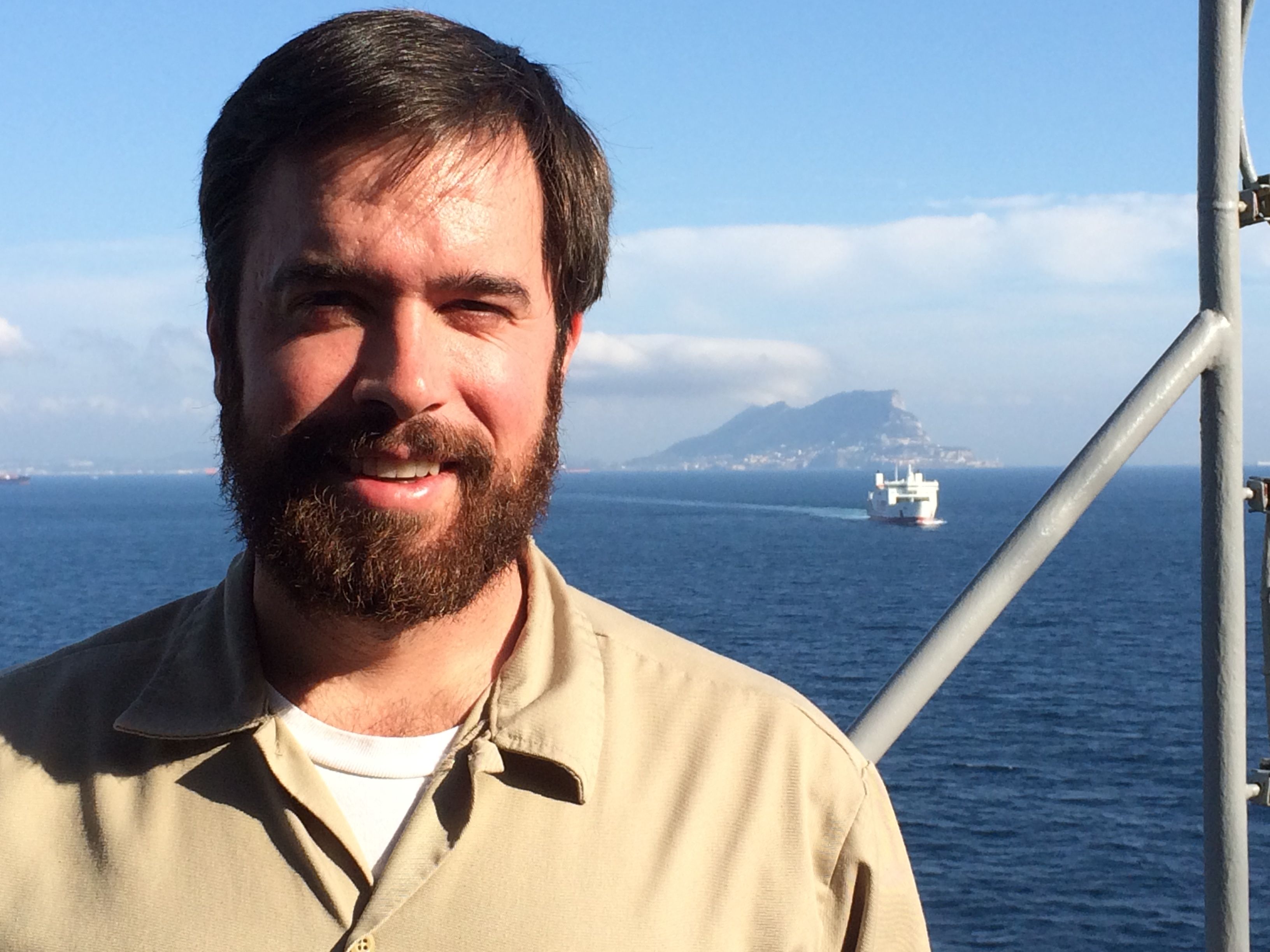 Chief Mate Stephen Scott was always drawn to the water and his career choices reflect that. Soon after completing undergraduate studies, Scott became a marine biologist and worked in that field until he felt prompted to go back to school. Scott enrolled at State University of New York Maritime College (SUNY) where he first learned about Military Sealift Command (MSC) through his peers who were cadet-shipping and had great things to say about the organization. Despite this knowledge, Scott chose to pursue the commercial shipping industry after graduating from SUNY, becoming a Night Mate/Port Relief Officer.

However, Scott hadn’t forgotten the recommendations of his fellow students. So, in 2010, he signed aboard the USNS Supply as a Third Officer. As Scott pointed out "MSC offered faster advancement, better training opportunities and greater job security" for someone who, like himself, enjoys challenges and new experiences - since joining he’s served in eight different billets!

His current position as a Chief Mate also offers Scott a great deal of variety including: working on the ship’s deck, assisting the Master during cargo operations underway, coordinating operations with the flight deck and the bridge when helicopters are landing and taking off of the vessel, as well as administrative work. Of all the tasks he performs, his favorite is conning the ship. “There’s nothing like feeling 10,000 tons of steel moving at your command.” His responsibilities are great and numerous, and there’s never a dull moment.

Though Scott devotes himself to his duties, that’s not to say he isn’t able to “get away” while on board. Because of the tours he has served on, he has been able to see things at sea that others only read about. "You can see amazing things at sea if you pay attention," he declared. “I’ve seen a meteor explode as it traced across the sky, a volcano erupt on a moonless light, [and] a green flash wink across the horizon at sunset.” From his position on the bridge, Scott says “you’ll see plenty of sea life: whales, porpoises, and occasionally a sea turtle. I once saw an Oarfish […] and just a few weeks ago I saw a Mola mola.” In addition to the natural wonders, he points out “There are manmade sites as well. I’ve seen warplanes launch from an aircraft carrier a few hundred yards away, a rocket launch from shore that lit up the sky like a comet, and a satellite breaking up as it fell from orbit.”

As enchanting as the afloat life can be, Scott makes sure to stay connected to loved ones, calling and emailing home as often as he can. When in port, he uses Skype and Facetime and writing letters is his Sunday ritual. At times, he can even bring his family to see where he works. Recently, Scott’s eight-year-old son was able to visit and see where his dad lives and works while onboard. Instead of finding a swinging hammock, his son saw a stateroom the size of Scott’s master bedroom at home. “I think he was a little disappointed when he saw the quarters,” Scott shared. Certainly it wasn’t outfitted like a ship in a cartoon.

Chief Mate Scott was always going to work on the water and so is happy with making his career sailing with MSC. He recommends the life to others saying, “Be willing to work hard and learn on your own time, and you will advance quickly.”