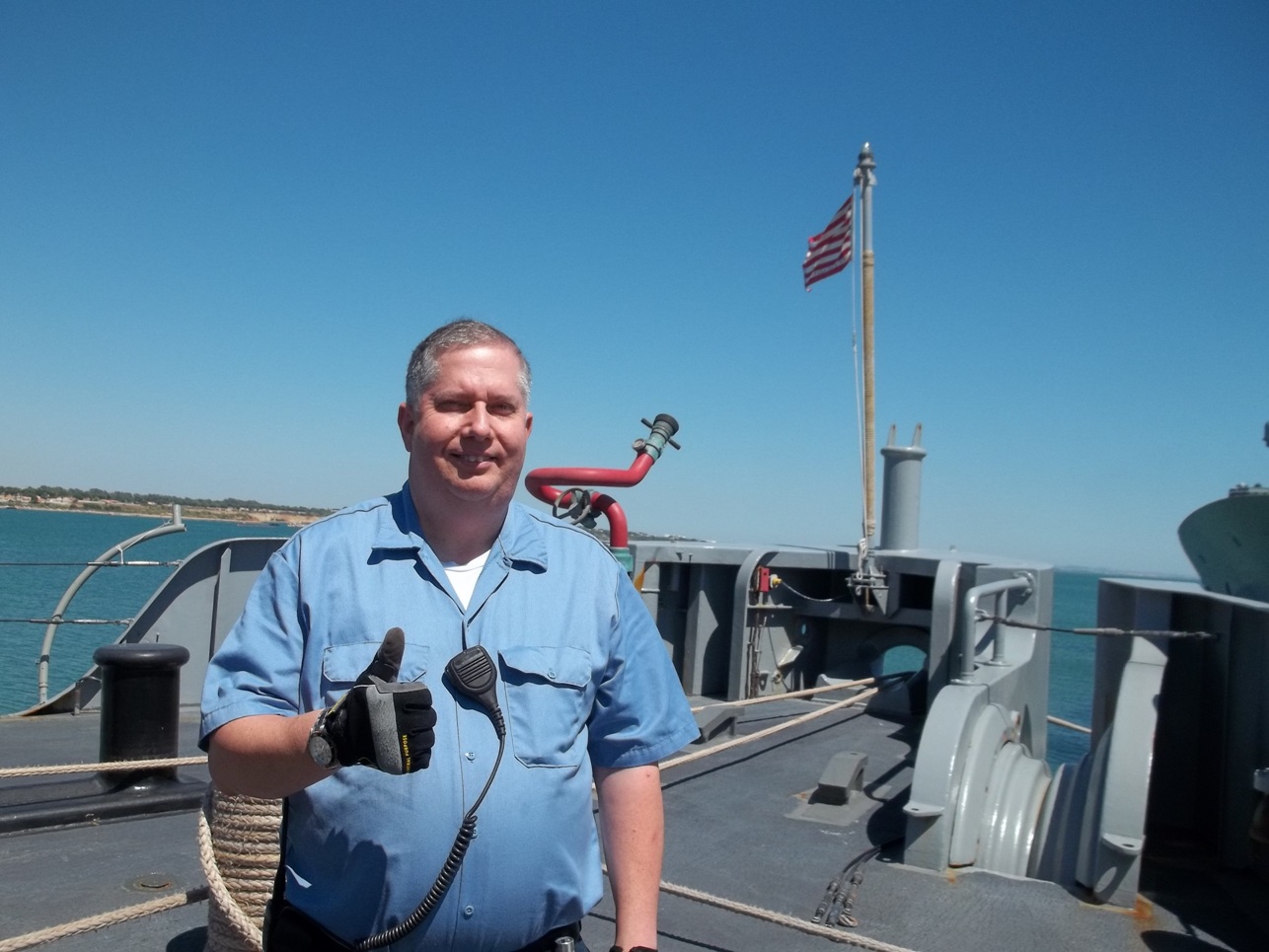 Jeffery Gill served his country for 13 years in the U.S. Navy submarine service, specializing as a Nuclear Engineer. In 1996, he left the Navy and started his civilian career working as a project assistant in commercial building management and construction with various companies. Things changed in 2008 however. The building industry was negatively impacted during the economic downturn, and Gill found himself working in a cubicle. Though work on submarines acclimated him to work in close quarters, Gill had never felt as confined as he did at this desk job. He began actively seeking new employment opportunities, but “no one seemed to want the skill-set I had to offer,” he recalled.

In 2011 while attending a job fair in San Diego, Gill met an MSC recruiter. “[The recruiter] was excited to hear about my previous Navy Engineering experience, [he said] that MSC needed me, and I would succeed in this program” he recalls. “After a few months I had my credentials, and in December I was offered a position. I started work in March of 2012.”

Although being anything other than a submariner wasn’t necessarily part of Gill’s plan, saying “I always told myself I would never sail on a surface ship,” with MSC he found himself on “tankers, tenders, and salvage ships, and it has opened a whole new world [to me].” He found that working with MSC also aligned with his priorities, “Job security, job placement, retirement and love for the U.S. Navy,” and allowed him to put the skills he had gained in the Navy to work right away, becoming a Second Electrician (T-AO-198). So far, Gill has sailed five tours with MSC and moved up from Second Electrician to his current position as a Second Assistant Engineer.

Because of Gill’s U.S. Navy background, a ship is home to him after only a few days. “Every ship I go to is MY ship. You take care of her and she will take care of you,” he explained. He pointed out however that the ships he’s sailed with MSC are more home-like than many expect and have nice perks and amenities. “I have always had my own stateroom […] I still have my own t.v., refrigerator, and enough storage space for my belongings.” Beyond having a comfortable personal space, Gill says “Most [MSC] ships have gyms, a ship’s store, vending machines, laundry rooms and other creature comforts.” And because those who live on the ship need time for work and play, he noted some “tankers I have been on even have a basketball hoop on deck.”

From his coming on board in 2012 to now, Gill has been able to take charge of his career, return to service and find a position that fulfills him. He encourages those interested in MSC to investigate it further saying, “if you are willing to be humble and work hard […] as a team, there are advancement opportunities and money to be made. There are places to go and things to see around the world.” Because of all the opportunity for personal and professional growth Gill sees at MSC, he plans to be with MSC for at least ten years and eventually retire here.