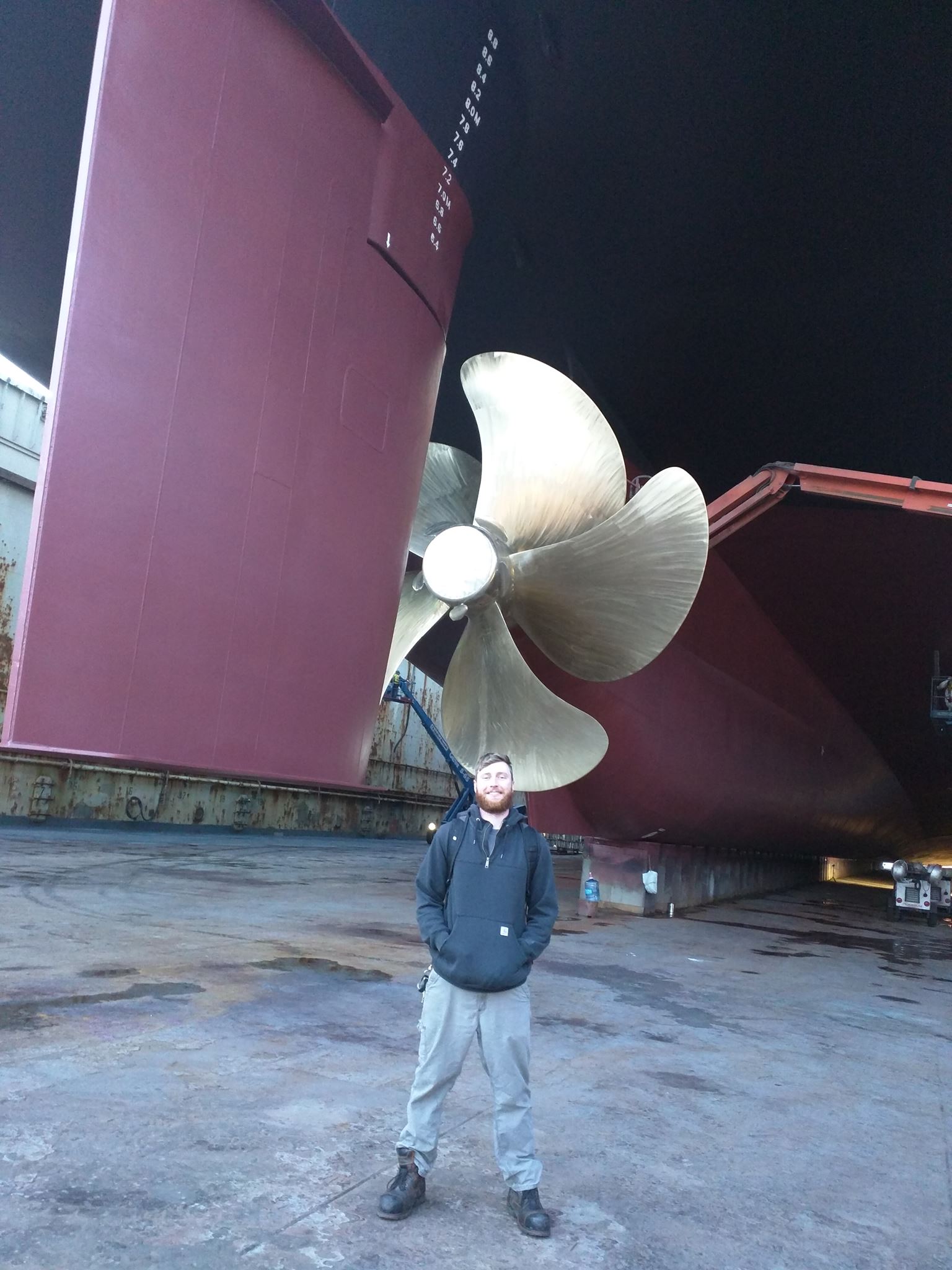 Before joining Military Sealift Command (MSC), Kyle Mathews had a singular pursuit - to achieve a career that was stable and rewarded effort. This end goal compelled Mathews to enroll at the U.S. Merchant Marine Academy (USMMA). There as a cadet, Mathews received training that prepared him for a number of career opportunities. However, his chief desire was to have certainty about the trajectory of his career, which is why Mathews joined MSC’s ranks after graduation.

Over the course of the past five years, Mathews has been continually reassured that he made the right call for his life. Beginning as a Third Assistant Engineer, from this first tour until today, Mathews has moved up the ranks and is now licensed as a First Assistant Engineer. He is proud of his work and enjoys taking responsibility for the ship’s operations. He explains his position this way, “There is a massive load of responsibility upon your shoulders. It’s a daunting task to take care of everything day in and day out. I suppose what has surprised me most is the amount of work that needs to get done to make the ship as efficient as possible.”

Some find acclimating to life at sea difficult, but not Mathews. Even at 6’3” he found himself feeling comfortable on most ships and work environments. The key, he explained, is in the mindset of the civil service mariner (CIVMAR). Thinking about life at sea this way helped him - “I accepted that I would spend most of my time on a ship and started to put myself in the mentality that the ship is my home. I believe that mentality helps when you spend most of the year on a ship because then you’re not missing home most of the year.”

From here, Mathews doesn’t know how his time with MSC will evolve. While he is unsure how long he will stay with MSC, he is certain that he enjoys his work and the relationships his service has cultivated. In his time with the organization, more than his career has shown growth. It’s also impacted him in a fundamental way. “I feel like I’m more proactive in accomplishing anything I need to take care of,” he said.