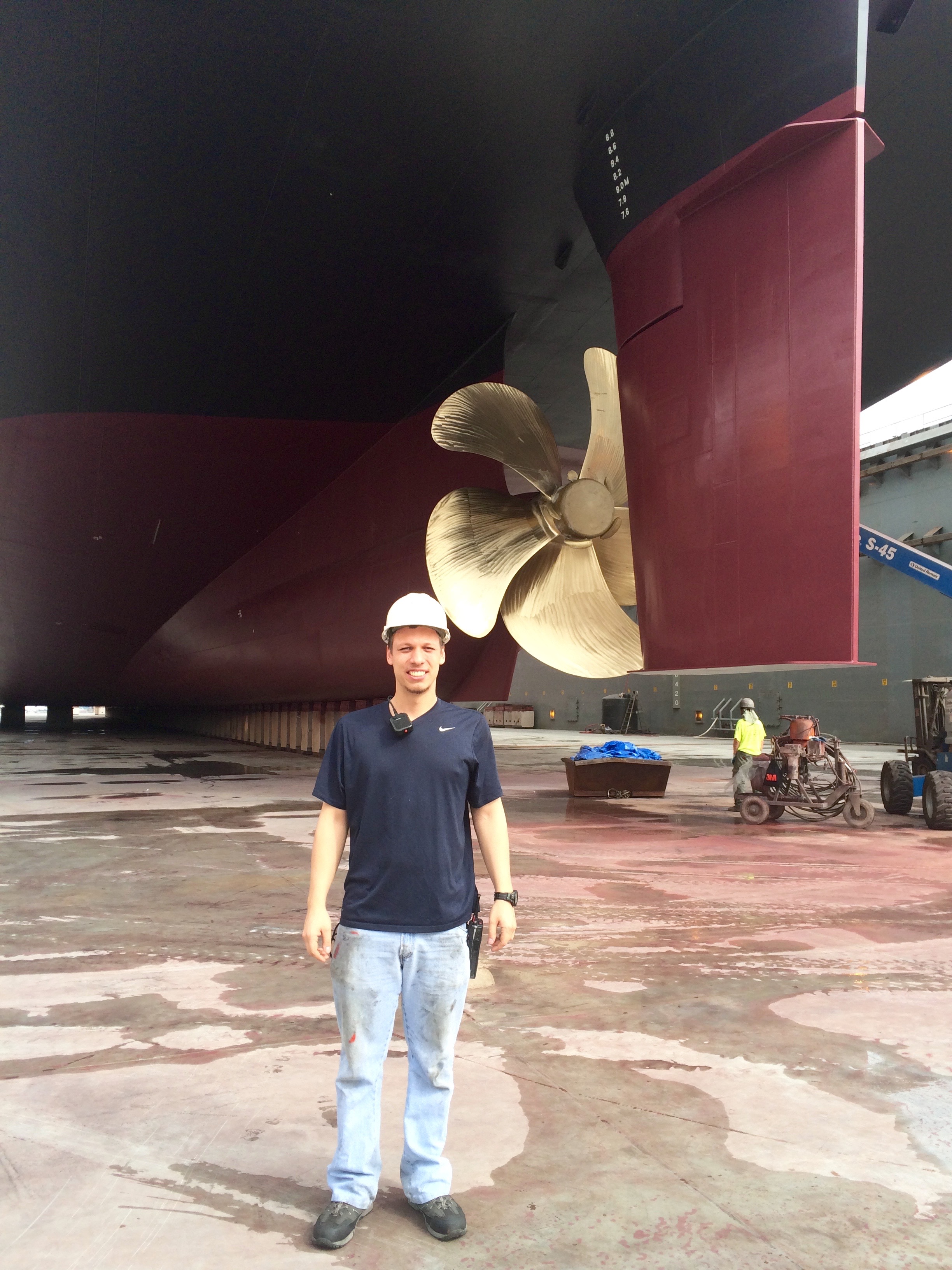 Second Assistant Engineer Kyle Wagener studied Mechanical and Marine Engineering at California State University Maritime (CSUM) Academy. During his time there, he worked as a cadet aboard commercial container ships for both Maersk and Matson. Wagener’s cadet experiences encouraged him to become a mariner after graduation.

Wagener, who wanted a lot of sea time, increased work responsibilities, and to find a permanent job, sought out MSC over the commercial shipping industry after speaking with an MSC Chief Engineer during a CSUM career fair. The possibilities of extended sea tours, global work, and experience MSC extends immediately after hire, along with the promise of job stability compelled Wagener to become an MSC civil service mariner (CIVMAR).

His fast credentialing and licensing are not the only positive impacts of an MSC career. Wagener also notes his time with the Command and away at sea has matured him. “Being out here away from family and friends makes you a stronger person,” he observes. Besides developing strong character, MSC’s workday hours (8-12 hours per day) have also kept him in shape and ready to enjoy many activities during his vacations.

Wagener is unsure what his future in MSC will look like but he is glad to work in a position that affords great hands-on experience, continual learning, world travel, and career advancement. Given the choice, would he choose MSC again? Yes. And for anyone else making that same decision he says – Join and “take long tours in the beginning of your career (six months plus) so you can learn more on the job and move up quicker in[to] leadership roles.”