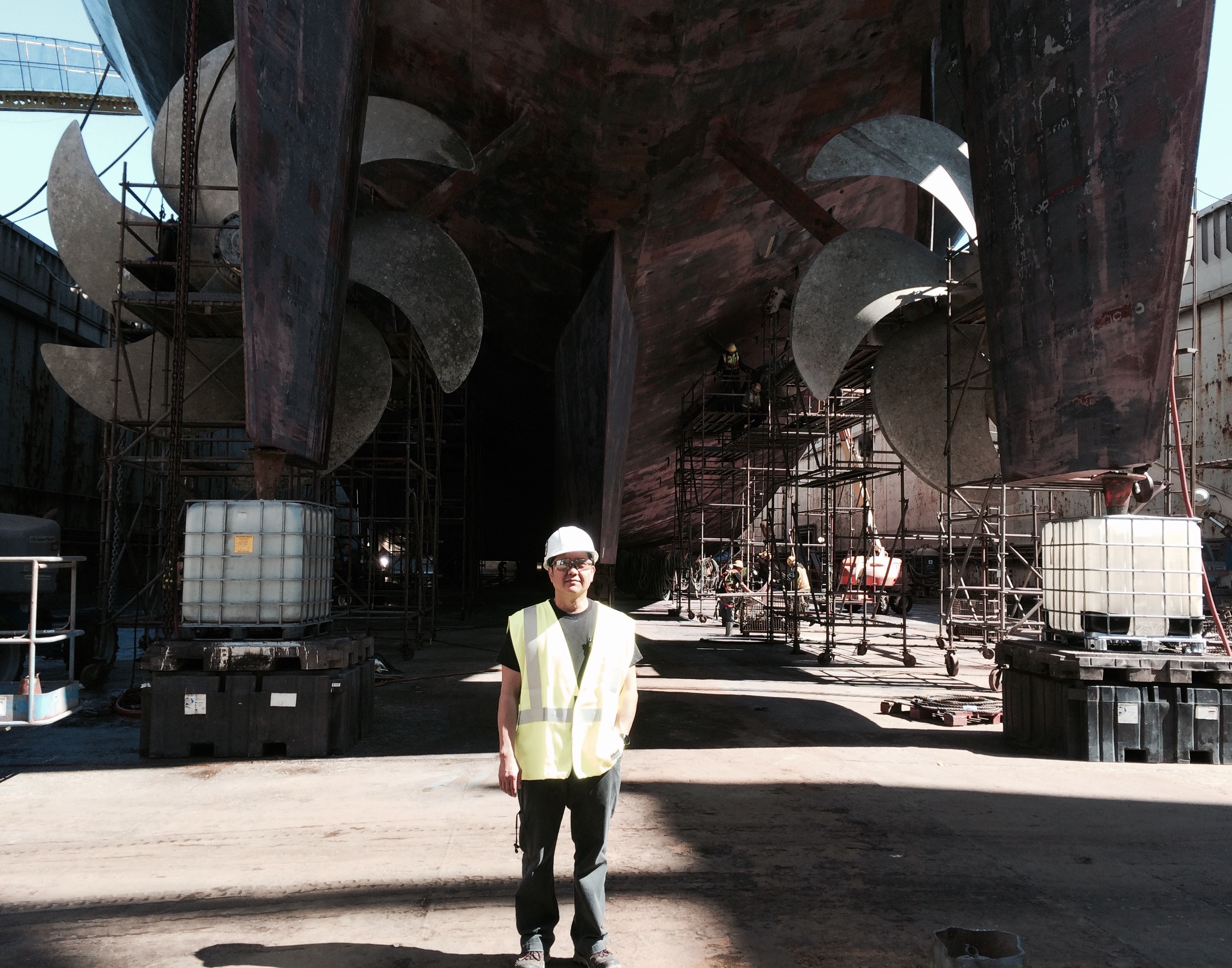 Chief Engineer Richard Garrison was a world traveler at a young age. He was born in Cebu City, a mid-sized coastal city in the Philippines, after living there for ten years, he and his family migrated to Vallejo, California. While still in high school, a relative told Garrison about Military Sealift Command (MSC); he’d retired from the company during Garrison’s senior year of high school, and the testimony he gave about the career resonated.

After high school Garrison enrolled in and graduated from California Maritime Academy, but he did not join MSC immediately after graduation. Instead, he worked for Crowley tugboats in Puerto Rico that first post-graduation year. He worked other non-maritime jobs for a while after that, but in 1994, Garrison’s life began to change. Garrison was between careers and had the freedom to change the path he was on. He decided to change the trajectory of his career, and in June of 1995, he joined MSC as an Engine Utilityman (Watch).

The Engine Utilityman (Watch) job became a successful career and has led to 40 voyages, spanning the globe and multiple promotions include that to his current position as Chief Engineer. In his own words, MSC is “the best employer for upward mobility, pay, [and] traveling.” Garrison’s career is evidence to those assertions.

The responsibility, travel and MSC lifestyle has changed Garrison. He says, “I learned to adapt to different personalities and working environment[s]. The traveling made me adapt to the changes in culture and awareness.” His service has helped others as well. “Getting involved in the Cooperation Afloat Readiness and Training (CARAT) exercise, assisting eight Asian countries with their dive units and humanitarian assistance during the 2013 Leyte typhoon,” left a huge impression on him and have been some of his most meaningful experiences on board.

At heart, Garrison is family-oriented and treasures his time at home. But he has learned to capitalize on that time by “not mak[ing] plans. Everything is always spur of the moment. I’ll plan my family time, when I get home.”

Though he doesn’t make hard and fast plans on shore, Garrison plans to stay on with MSC until he retires. He has only nine years until he reaches the 30-year retirement mark and as he says, “I’d be a fool, if I don’t complete another nine years.”