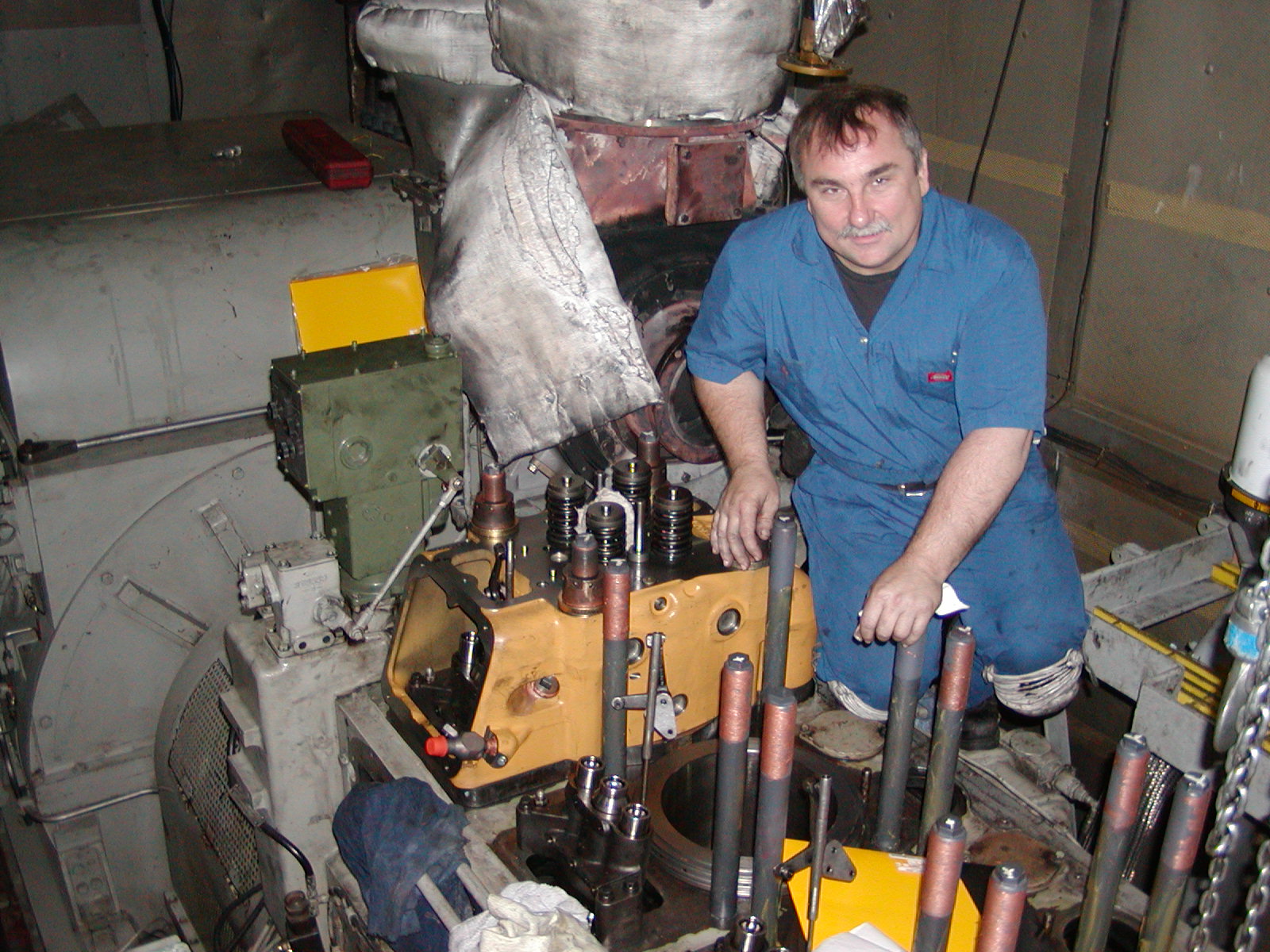 Sam Battles grew up listening to his father, Chief Engineer James Battles, tell stories of a life at sea. These were stories told during fishing trips, or while working on projects together. Stories full of details about fascinating people and interesting places. The common thread throughout the stories was the pride his father felt in his life’s accomplishments. Pride in supporting a critical mission. Pride in a job well done. “My father was always proud to be a part of Military Sealift Command (MSC), and to be performing the MSC mission,” Battles said. “This perspective was the main reason that I felt a career with MSC would be a challenging endeavor.”

Clearly, Battles has been up to the challenge. He started as a Wiper on USNS John Lenthall and now, with 19 years as a civil service mariner (CIVMAR), he is serving as Chief Engineer aboard USNS Tippecanoe. Battles attributes his success to a strong “work ethic” and says this is the single most important quality a prospective MSC employee can have. It’s about doing your best, no matter what you’re doing – from mopping the decks, to standing watch, to maintaining machinery.

Battles’ work ethic is best summed up with his own example of his favorite assignment, in 2000. “I was promoted to First Assistant Engineer, but there was no one to replace me in the Cargo Engineer position,” he said. “We deployed, and I covered both positions. So, I never walked down the gangway until deployment was 100% complete. That assignment was the most challenging – but also my favorite,” Battles said.

This attitude would likely have made Sam Battles‘ father proud. James Battles, who passed away in December 2008, was also a Chief Engineer with MSC. Battles is proud to have served on many of the same ships where his father once worked. In a moving tribute he wrote after his dad’s passing, Battles said, “The most amazing thing about Jim Battles’ legacy was the influence he had on people’s lives. Since his passing I have received dozens of messages from people with whom he worked during his many careers.” Battles said his dad was always proud of being part of MSC – every crew, every mission.

Aboard ship, Battles’ main responsibilities involve ensuring the well-being of the ship’s machinery. This means making sure the personnel and equipment are always in the right place at the right time. It’s a job that can be all-consuming, particularly during underway replenishment evolutions. But it’s also one that can bring a feeling of great satisfaction. “It a great feeling to work for months and even years to ensure a ship can meet the mission requirements – and to see the ship transform into a highly capable, 100% operational platform,” Battles said.

Sometimes, the ship’s mission brings unexpected rewards. Battles spoke of a mission that took the ship on a refueling trip north to Virginia. The ship became covered in snow and the crew made a quick snowman on a pallet and placed the pallet in a shipboard freezer box. They carried the snowman to Puerto Rico – where he was the guest of honor at an afternoon beach party. “Watching the local kids that had never seen snow before, much less a snowman, was very memorable for me,” Sam said. “It was wonderful that we were able to bring that kind of happiness to the local children.”

When ashore, Battles spends as much time as he can with his 15-year-old son. Together they hunt, fish, swim, scuba dive – and arm wrestle. While at home, he also takes care of real estate properties and attends to the family’s bail bond business.