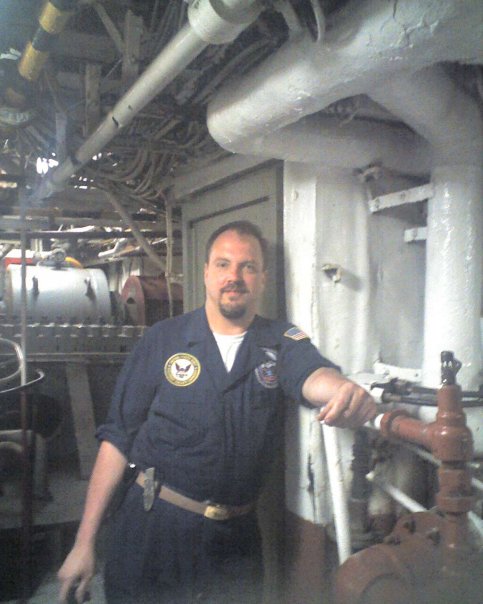 Brian Bennett began his career in the U.S. Navy and after serving for nearly 12 years, he separated to begin sailing commercially for Metson Marine Services. Bennett was sailing as a Chief Electrician with Metson and enjoyed the position, but he felt some things were missing. Compared to sailing commercially, sailing with Military Sealift Command (MSC) offered Bennett a better salary in addition to other benefits. He explained, “The pay at MSC was better for my given skillset with better benefits.” He also enjoyed that he got “a chance to serve the country again.” These benefits led him to leave the commercial shipping industry and join MSC in 2005.

Ten years of serving as an MSC mariner have gone by quickly for Bennett. He’s had a wide array of experiences, learning how every mariner has an impact on the ship and has learned to have a healthy respect for the sea as well.

When asked what advice he would give to someone considering working for MSC, Bennett charges “Get in any way you can; lateral and upward mobility [in MSC] is quick.” But one thing that has surprised Bennett about MSC has nothing to do with the work he does. Rather he says, “The surprising thing is what little the public knows about the Merchant Marine and MSC.” Being a part of the U.S. Navy informed and helped Bennett become intimately aware of merchant marines and MSC. And in sharing his story, Bennett is hoping to inform others about the work he does and unite them with meaningful employment.