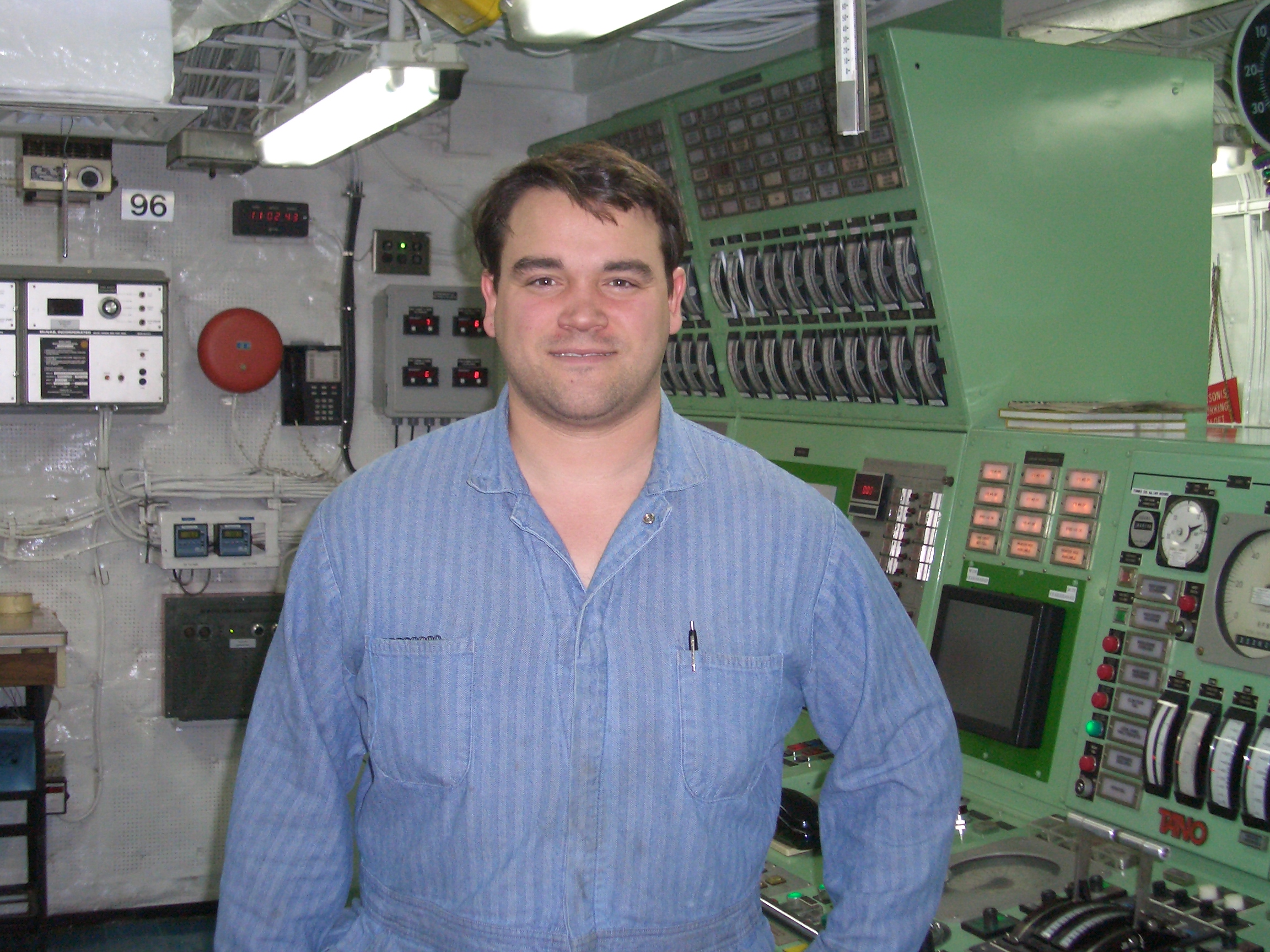 Two weeks after graduation from Maine Maritime Academy, David Every was sitting in Military Sealift Command’s (MSC’s) New Employee Orientation and preparing to join the USNS Rappahannock as a Third Assistant Engineer. Five years and two months later Every has earned his Chief Engineer’s License.

Every decided to attend Maine Maritime Academy based on a family friend’s recommendation. While there, he learned about MSC career opportunities from recruiters and fellow cadets who shipped with MSC. Beyond the job security MSC offered, Every was looking for a chance to excel quickly in his field. “While minimum tour lengths are four months, I prefer to stay on a ship from eight to ten months as it allows me to get more sea time. This is not the case when sailing in the commercial industry.”

In fact, Every’s first tour with MSC, was aboard two ships where he sailed back-to-back for 15 months. When he returned home, he was able to apply and sit for his Second Assistant Engineer License. MSC Captain Edward Nanartowich states that, “This is one of the best times in many decades for our civil service mariners (CIVMARs) to get sea time and move rapidly up the promotion ladders. It has not been this good for upward mobility in the senior ranks since the 1976 to 1984 era when MSC had a large fleet of special mission ships operated by CIVMARs and MSC was rapidly acquiring Navy fleet support ships”. This holds true especially for positions in the engine department.

Now assigned to the USNS Concord, Every is a First Assistant Engineer. His day begins every morning with status updated before an 8 a.m. muster. All tasks must be accomplished, so Every prioritizes to make sure the most important items are finished first, while still attending to smaller issues. One of the best parts of his job is the sense of accomplishment. “Every day I can see a piece of equipment that is working because I fixed it or helped someone else fix it and we all learned in the process.”

Of the ten tours sailed with MSC, Every says his favorite tour-to-date was the USNS Walter S. Diehl, where he was actively involved in a comprehensive 45-day repair program at the Sembawang Shipyard in Singapore. The result was this ship became eligible for the ABS’ Alternative Compliance Program. This compliance program increases the efficiencies in inspections and is something MSC is working to implement fleet wide. The USNS Diehl was the first MSC Oilier to achieve eligibility.

Despite currently being on call 24-hours each day, Every is able to relax and enjoys staying in touch with friends and family. The ship has a gym as well as access to the most recent movies and television shows. When asked what he would do if not sailing with MSC, Every responded “I couldn’t imagine doing anything else. I grew up on Chelsea Creek in Boston and watched the tankers with different flags and always thought it would be fun to work on a big ship. It is!”

Every thanks MSC for the opportunity to take advantage of upgrade training programs which has increased his self-confidence. He now has increased confidence in his abilities and skills, knows his limitations and most importantly he has become a leader. Every recommends that fellow CIVMARs take advantage of training when given the opportunity. “In MSC many successful licensed engineers start out as Wipers, don’t let a couple of tours of swabbing decks keep you down. If you put in your time with a superior work ethic you’ll rise to the top. Skills can be acquired, and people are willing to share knowledge and experience with someone they feel is worth the effort.”