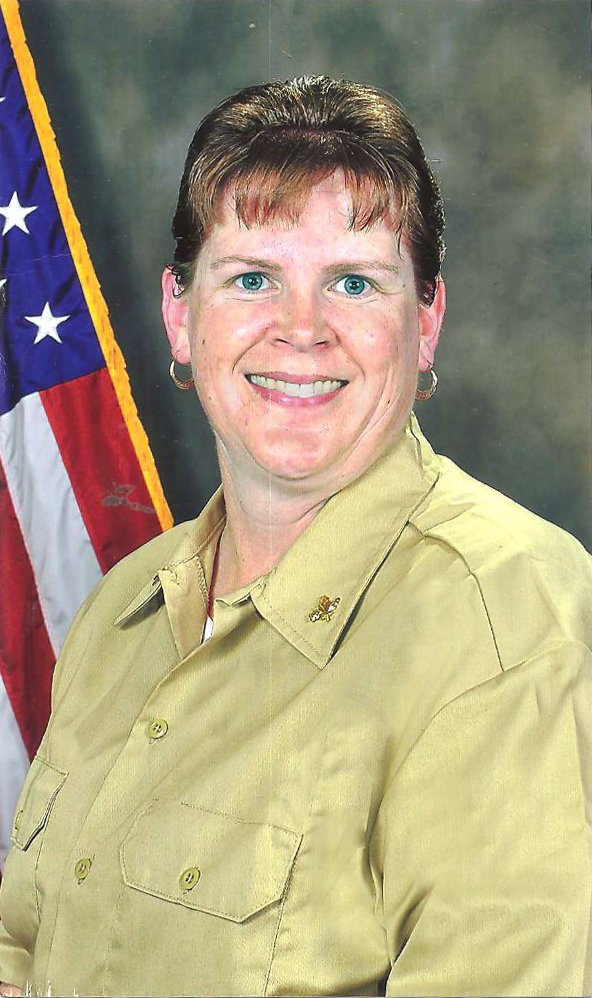 In 2003, Jennifer Shanks was making a career change. The internet had begun to impact how people communicate, and her job at large local newspaper was coming to an end. She turned to one of their subsidiary papers, a weekly job listing, and located a new opportunity. “MSC was the first ad I saw in the newspaper,” she explained, “so I submitted [an application] after acquiring the credentials needed.”

Shanks had shown herself to be hard working and industrious, working to become a fire fighter and attending night school, all while working as the District Manager at the Virginia Pilot Newspaper. That tenacity and desire to assume many different roles continued in Shanks’ career at MSC as well. She entered MSC as a Supply Utilityman, then specialized and climbed the ranks for 13 consecutive years. Shanks is now a Steward Cook on the USNS Safeguard.

Over the years, Shanks has not chosen a favorite position or shown preference for a ranking. “I don’t have a favorite because it doesn’t matter what class [or] operation the ship has/does because I perform [and] enjoy the job I do by the end of the day, while in a duty status.”

In her current role, Shanks has early mornings free and spends time connecting with family and friends before her shift. As the Steward Cook, Shanks prepares breakfast for the crew, then has muster and afterward the Cooks and Supply Utilitymen observe meal production, in addition to collaborating on a daily menu and discussing mess hall logistics. As these are happening, and throughout her day, Shank undertakes other duties such as cleaning, payroll, and administrative work.

Shanks has a favorite aspect of her job: being a leader. She finds fulfillment through providing guidance and in being a person her staff can rely on and trust. It is also rewarding when she is able to troubleshoot and think critically about finding solutions to problems while underway.

Shanks also finds the job security and benefits MSC provides to be reassuring and motivating. Unlike in her last career, Shanks knows she has a job she can stay in, as long as she wants to, and she wants to stay. Shanks plans to retire with MSC in 20-25 years’ time. She also wants others to experience the career that gave her stability, just like the ad she came across in 2003, Shanks promotes the company and encourages them to apply. “I’ve helped a few people hire into MSC who are now Supply Utilitymen, Medical Services Officers, Storekeepers, Engine Utilitymen. They put my name on their application.”

Shanks would like to extend a warm thank you to the following: Chief Stewards Jerry Latin, Clark Blalack and George Foy; Junior Supply Officers Fona VonSchimpf, Myron (Wayne) Bullock, Brent Hammonds and Kevin Williams; and Supply Officers Robert Cornell, Dave Terrell, Tyrone Trotman and Patrick High. She notes, they “were a part of my success; getting me into schools, showing their leadership skills to me, pushing me in the right direction and believing in me. I didn’t do it alone.”