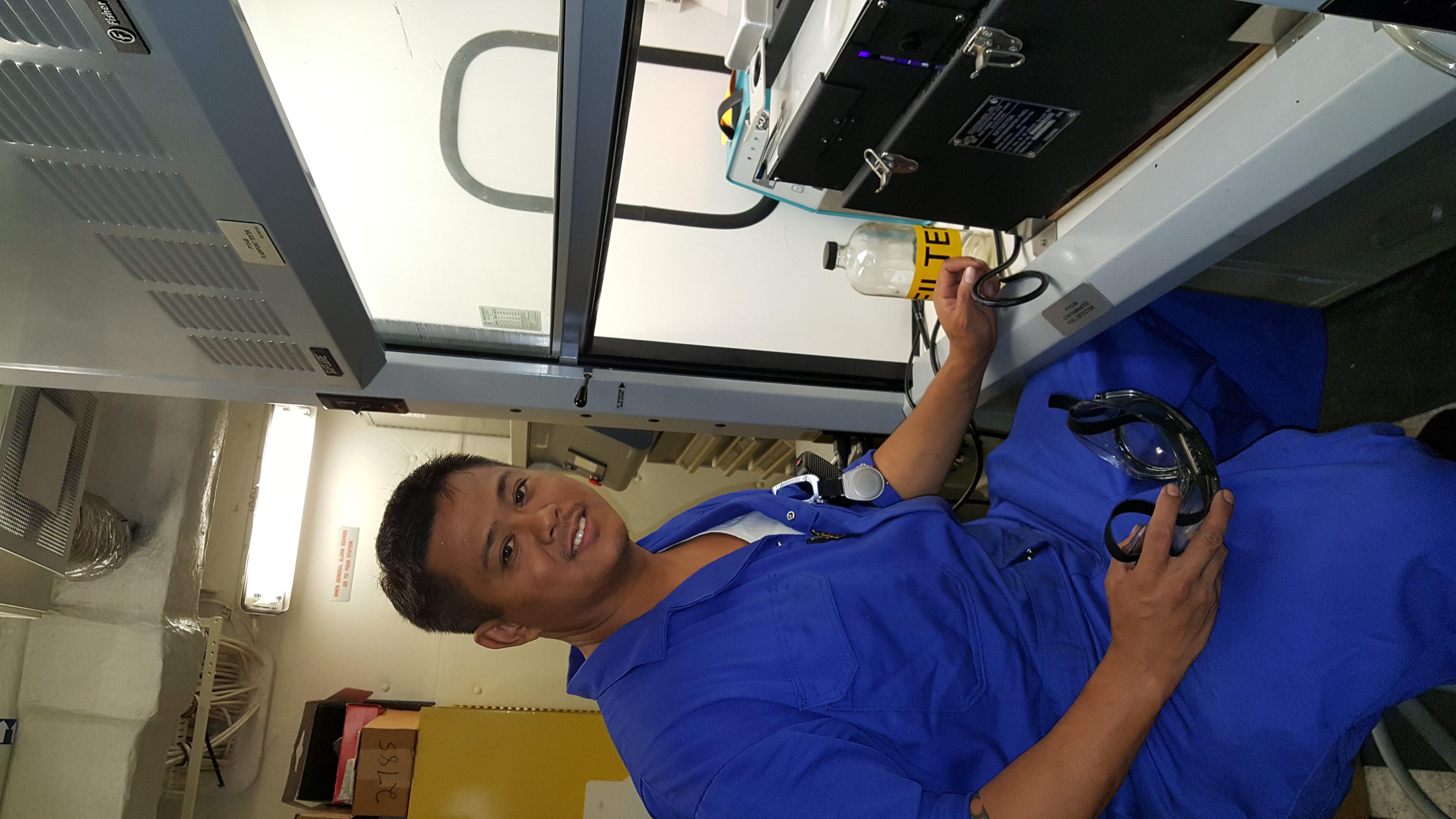 Emerson Impat never expected to become a mariner. He learned about Military Sealift Command (MSC) from a former coworker while both were working as sheet metal mechanics. His coworker explained that MSC would be a good place to showcase Impat’s skills.

That advice led Impat to join MSC in 2007 where he began working as a Supply Utilityman on the USNS Mount Baker (T-AE 34). Once a member of MSC, Impat discovered “MSC is an organization that is mission focused with a large breadth of knowledge. That being said, I am expected to increase my knowledge and skill set to be able to perform my duties.”

Because he enjoys developing his skill-sets and knowledge, his time at sea has been fulfilling, adventurous, and rewarding. Though Impat enjoyed sailing as a Supply Utilityman, he had his sights on the engine room. He began working toward this goal and on his fourth tour he achieved it becoming a Deck Engineering Machinist.

Of making the transition to working at sea and achieving his current position, Impat admits, “At first it was unsettling, but now I’ve accomplished what I wanted to so far in my career.” Rising to this rank has been Impat’s proudest accomplishment thus far, saying “I had to earn my way to being in the engine department.”

The career he has made for himself keeps Impat on his toes. During his day he says, “I do maintenances on cargo machinery like cranes, [underway replenishment] stations, cargo elevators, fork trucks as well as […] life-saving equipment like rescue boats and life boats.”

Overall, Impat’s nine years of service with MSC have surprised him in gratifying ways. He joined MSC to make money, travel the world, and have lots of vacation time, but he got even more. While sailing with MSC he met his wife in Crete, Greece and now they live in Norfolk, Virginia with their daughter.

Impat took advice that transformed his life and lead to a career he hopes to stay with until retirement. When asked what he would say to men and women interested in MSC, he gives prudent advice, “I would say: have a goal in mind, stay positive, keep motivated, and increase your knowledge base.”