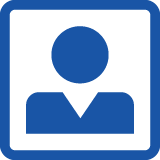 Junior Supply Officer C.C. Laughhunn lived a full life before ever sailing with Military Sealift Command (MSC). She had completed her degree, worked in numerous careers, and raised a son. Laughhunn never thought she would find herself on the seas. In college, Laughhunn had a pen pal, who was (and still is) a Chief Engineer in the commercial sailing sector. Not only did the pen pal encourage Laughhunn to do her best in school, but also encouraged her to investigate a maritime career.

“I never thought I would sail. When I graduated with a bachelor’s degree in business, my plan was to work in the field I’d trained for, accounting. I got an accounting position with a large building company and was bored,” Laughhunn remembers. “My friend encouraged me to try the water.” And eventually, Laughhunn began to see herself on the water, “I started applying to several companies, including MSC. The same week a cruise line offered me a job as a financial accountant out of Hawaii; MSC offered me a position as a Supply Utilityman. I chose MSC.”

She chose MSC because, “I wanted to do something that mattered. What we do is a real contribution. This is much different than retail or manufacturing. I also wanted job security.”

Like with any job, working as a mariner has highs and lows. The best part of Laughhunn’s job is “training an eager person, who wants to learn and contribute their skills.” But she also notes that “there is nothing more satisfying than getting a part to a department on time, under difficult and seemingly impossible circumstances.” Unlike other jobs a MSC career is unique in that, “There’s no traffic, no commute, weather, or gas prices to take into consideration. It’s awesome!” Some of the “lows” are inherent to living on a ship where you also work. Foremost is that a ship, however spacious, being on a ship doesn’t feel like home to Laughhunn, “ultimately, we are away from home…At home I am able to cook, have friends and family over and sleep in my bed”.

Laughhunn is happy with her decision to join MSC. Like her pen pal, she would encourage others to look into the company, but her advice to those who do is some sage wisdom received before leaving port on her first ship. That was, “’Don’t get seduced by this lifestyle.’ In my opinion, it is the best advice a new person can get. Sometimes mariners can forget that this is a job. Our reason for being here is to support ourselves, our families and our country. Being away from home for extended periods may sometimes cause us to lose sight of why we are here.”

At day’s end, Laughhunn knows she is in a unique position and knew it early on in her time with MSC. “On board one of my first ships we went through more than a full day of a horrific storm. We were all sick from the rolling seas. Just as we made our way through the other side of the storm to calm seas, an announcement came over the 1MC; we had to go back, back into the storm. There was a French ship in distress. We were the closest ship and had to go back. I couldn’t believe we had to go back. There’s no 911 on the water. That night we strapped ourselves into our bunks and hunkered down for a rough night. When I woke up the next morning, and asked when we would get to the ship, I was told that as I slept, these loud scruffy men had gone out in the midst of the storm in small rescue boats, brought the French crew on board. Our MSC crew had taken up a collection, given them money and clothing, transported them to another vessel, all while I slept! That’s when I knew I would be working with heroes. This is what’s meant when we say ‘unsung hero.’ From that day to this one, I have always worked from my heart, supporting what they do. I work for heroes. I never expected that to happen.”